The Maldron Hotel Oranmore in Galway has been put on the market for 13 million euros.

The sale is handled by its origin Savills Consultant Ireland.

This 4-star 113-bedroom hotel opened in 1998 and has been expanded ever since. 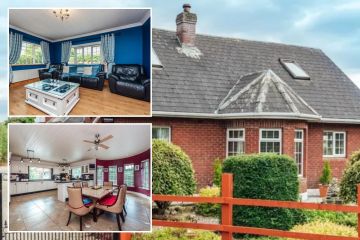 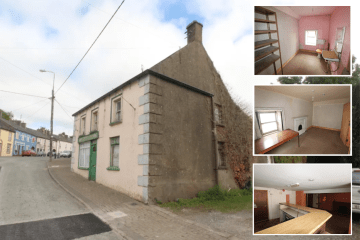 He added: “Throughout the year, the city attracts domestic and international tourists who spend heavily.

“The Maldron Oranmore represents a rare opportunity to acquire one of the strongest hotel covenants in Europe.”

Savills, which is operated by Dalata Ireland under the four-star Maldron brand, said the hotel represented a rare opportunity for a modern, high-quality rental hotel investment.

The hotel is offered for sale in accordance with the current professional lease with Caruso Limited, with a Dalata guarantee with a lifespan of more than 11 years.

The hotel describes itself on its website as “great for families” with an adjoining cinema and games room open for private reservations.

It states: “We pride ourselves on being one of the best family friendly hotels in Galway and love having families to stay and explore. Wild Atlantic Way.

“We have a choice of family rooms suitable for up to two adults and four children, and the Grain & Grill has an excellent children’s menu.

“The leisure center has a toddler pool for our younger guests, our outdoor playground is great for our family guests and the cinema is right next door.

The game room is open for private reservations from 9 a.m. to 8 p.m. (free of charge).

He adds that the “comfortable accommodation” on offer comes “with high-speed Wi-Fi and cable TV” in every room.

Galway is a leading tourist destination with several annual festivals and is the biggest stopping point on the Wild Atlantic Way.

IrelandThe fourth largest city in the world is also the pharma/medtech hub of the West and has strong multinational corporations and trade from Boston Scientific, Johnson & Johnson, and Medtronic.

The hotel, the first of its kind at the airport, opened its doors in 1972 and has welcomed over 4.5 million guests.

Dalata acquired the property in 2014, and it became the 4-star Maldron Hotel Dublin Airport.

Dalata, Ireland’s largest hotel group, made its first foray into continental Europe earlier this year by buying a rental stake in a Dusseldorf hotel.