Seoul, South KoreaAnd the September 19, 2022 /PRNewswire/ — Optoma launches “Cinema X D2 Plus,” a 4K UHD Ultra Short Throw Projector, made in Korea. The newly released D2 Plus is equipped with a wide-angle lens that incorporates Optoma optical technology for a clearer and brighter image and an improved visual experience. CinemaX D2 Plus has an affordable price, high brightness, and optimized and customized gaming functions 4K Android TV dongle and Enhanced Audio Return Channel (eARC) to provide a new home cinema experience. In particular, it shows a constant brightness of 3000 lumens with a laser light source, a dynamic contrast ratio of 1,800,000:1, and a bright and detailed screen by complying with HDR and HLG compatible display standards.

The CinemaX D2 Series, Optoma’s 2022 home entertainment lineup, offers a high refresh rate of 240Hz (1080p) and an input lag of 4.2ms in enhanced game mode as well as excellent color reproduction. Provides a screen-like gaming environment with the shortest input lag of the display device. It also supports eARC (Enhanced Audio Return Channel) for high quality audio tracks or movie music. eARC not only supports high-bandwidth audio data transmission of up to 37Mbps, but also supports uncompressed 5.1 channel signals without a separate AV receiver. In particular, if the current amplifier supports eARC, the functionality of the product can be upgraded without a separate receiver. In addition, it supports various convenient functions such as eye protection through the built-in PIR sensor, 3×3 torsion that can be viewed even on curved screens, and color correction to match the color of the projected wall.

Gordon WuOptoma Asia Pacific General Manager said, “We are pleased to introduce Optoma’s new CinemaX series, the D2 Plus, to the Korean market. Dedicated to the constraints of price, performance, and space, home projectors have been seen as occupying a few audio enthusiasts with theater space. The home entertainment industry is represented by advanced projector technology, OTT, and the impact of Covid 19 on home projectors. Asia It has grown significantly since 2019, and this growth is expected to continue. We are confident that Optoma will continue to lead in large screen display experiences.”

Optoma CinemaX D2 Plus will be available for purchase in major online stores from September 13Price starting at 3.29 million KRW. Additional information about the product can be found on the company’s website at www.optoma.com/kr. 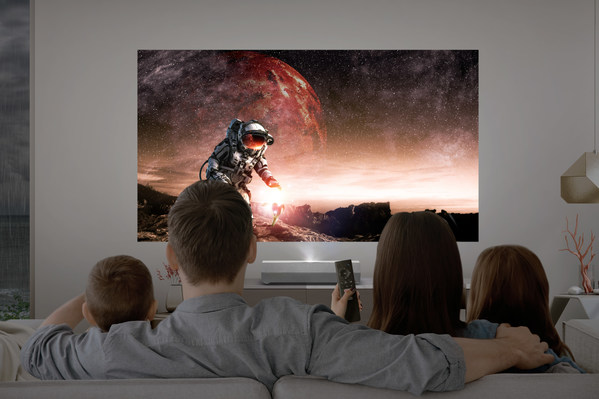