Morning editor Martin Frizell is under pressure as the Queuegate scandal with Holly and Phil . continues

By Alison Boschoff for the Daily Mail

Martin Frizell, Editor of This Morning, is under pressure with the fuss of queuing — to the satisfaction of some staff who aren’t Friz fans.

Images showing Frizzell brushing his hair escorting Holly Willoughby and Philip Schofield to the media’s fast-track on “The Queen’s Queue,” are a particular source of schadenfreude.

A source told Alison Boschoff: “Martin carries a small hairbrush in his bag; the first thing he does when he walks in every morning is combing his hair. The fact that he’s brushing his hair at this controversial moment right now is pretty normal.”

Under fire: ‘This Morning’ editor (circled), Martin Frizzell, is under pressure from the queue-jumping noise with presenters Holly Willoughby and Philip Schofield

If “Friz” should go it could be the beginning of the end for Schofield. The two men enjoyed mutual admiration in society, with Frizzell nicknamed the announcer “The King”.

ITV denied that the breakfast stars had done anything wrong, saying: “Any allegations of inappropriate behavior are categorically untrue.”

However, since the nonsense broke out, the pair was surprised by the force of the backlash.

On Tuesday morning, makeup had a good job of trying to hide the fact that the presenter was crying.

A source said, “Holly is upset that ITV’s response has been slow…this is disastrous for her image. 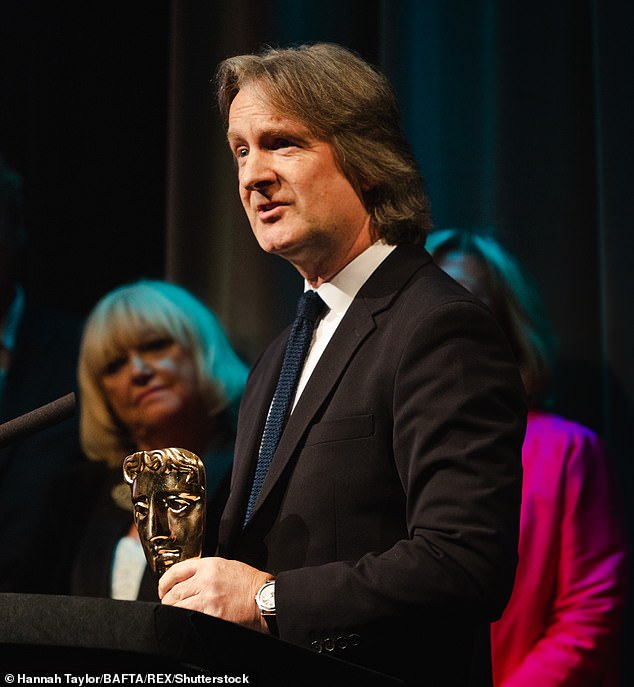 Big fan: If “Friz” should go it could be the beginning of the end for Schofield. The two men enjoy mutual admiration in society, with Frizzell nicknamed the announcer “The King.”

Sources also revealed that Marks & Spencer had some discussions about the Willoughby deal with them, as they were concerned.

On Tuesday’s episode of This Morning—the first since “Waiting Portal” began, Willoughby and Schofield issued lengthy denials that they’d made it past the queue.

In an audio commentary on the couple’s package in Westminster Hall, Willoughby explained: “Like hundreds of accredited broadcasters and journalists, we have been given official permission to access the hall.

The purpose was specifically to report the event to the millions of people in the UK who were unable to visit Westminster in person.

The rules were we would be escorted quickly around the edges to a platform at the back.

By contrast, those who were respectful walked along a carpeted area beside the coffin and were given time to stop.

None of the broadcasters and journalists took the place of anyone on the waiting list and no one came forward after the Queen. Of course we respect those rules.

However, we are aware that it may have looked like something else, and so we fully understand the reaction. Please know that we will never skip the queue. 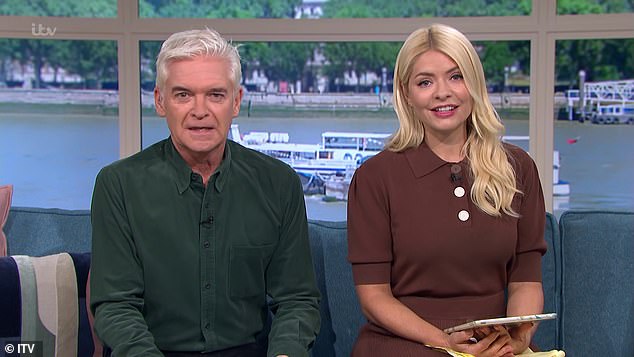 Sentimental: On Tuesday morning, the makeup did a good job of trying to hide the fact that the presenter was crying