Olivia and Alex Bowen looked every inch at the doting parents on Wednesday when they took their three-month-old son, Abel, for a walk in Mykonos, Greece.

The former Love Island star, 28, looked effortlessly chic in a beige crop top and pair of shorts as she pushed the black stroller alongside her husband Alex, 30.

She completed her look with a pair of matching sandals and accessorized with a stylish pair of black sunglasses.

FAMILY: Olivia and Alex Bowen looked every inch of the doting parents on Wednesday as they took their three-month-old son Abel for a walk in Mykonos, Greece

Olivia wore a natural makeup look while swept her blonde locks back in a bun during a sunny outing.

Meanwhile, Alex flashed his inky complexion in a black short-sleeved shirt, teamed with a pair of shorts and khaki sneakers.

On Thursday, the couple celebrated their fourth wedding anniversary at the tropical location. 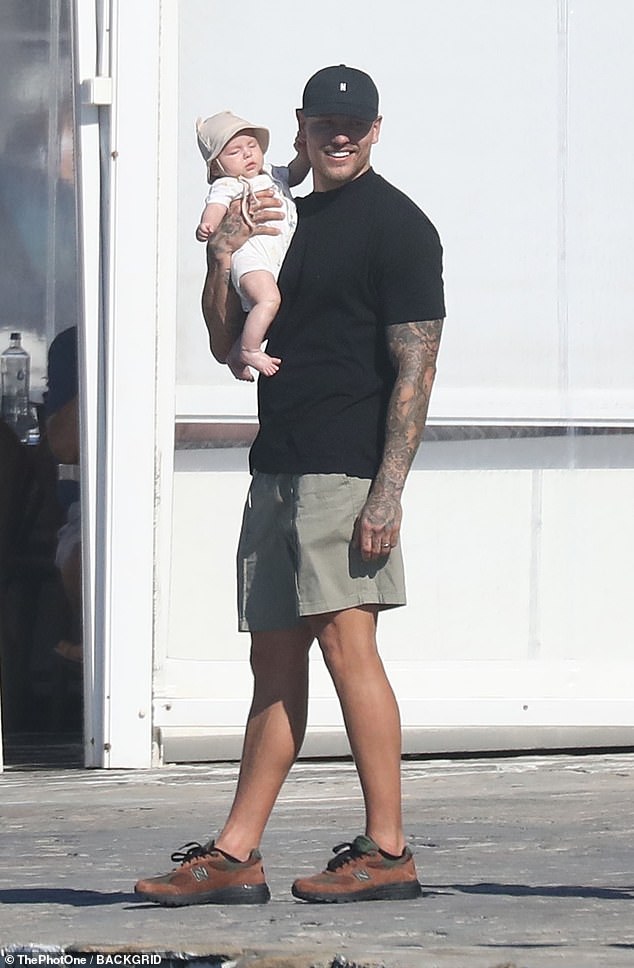 Low-key: Alex, 30, flashed his ink-stained complexion in a black short-sleeved T-shirt, teamed with a pair of khaki shorts and sneakers 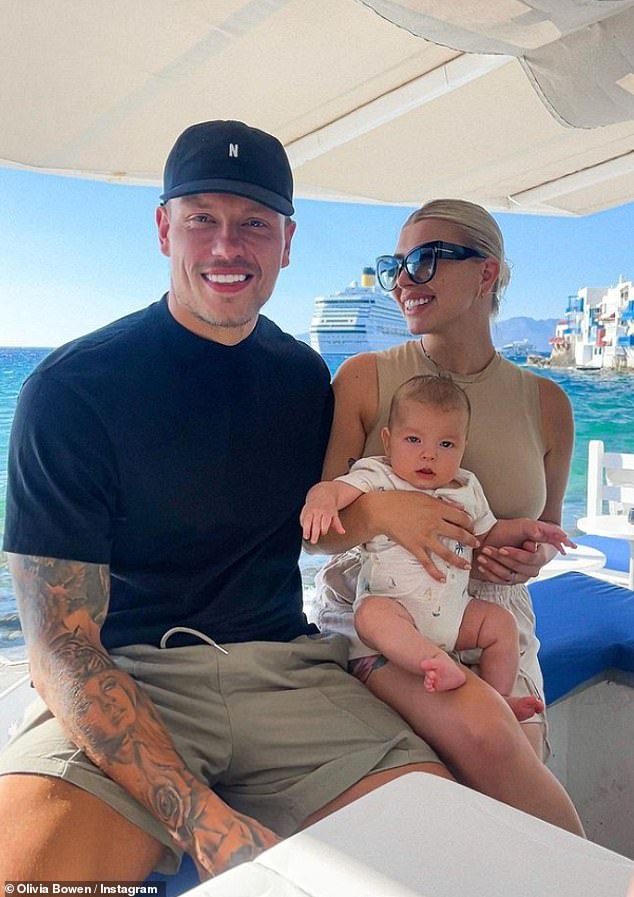 Happy news: Olivia welcomed Abel earlier this summer with her husband Alex, who was previously a sales manager and scaffolder respectively.

Olivia welcomed Apple earlier this summer with her husband Alex, who was previously a sales manager and scaffolder respectively.

They rose to fame in 2016 as an original star and he is a late and very popular participant.

After leaving the villa their romance quickly went from strength to strength and Alex popped the question in New York in 2016.

Lovely couple Olivia and Alex tied the knot at a lavish Essex party two years after they met on Love Island during the second series. 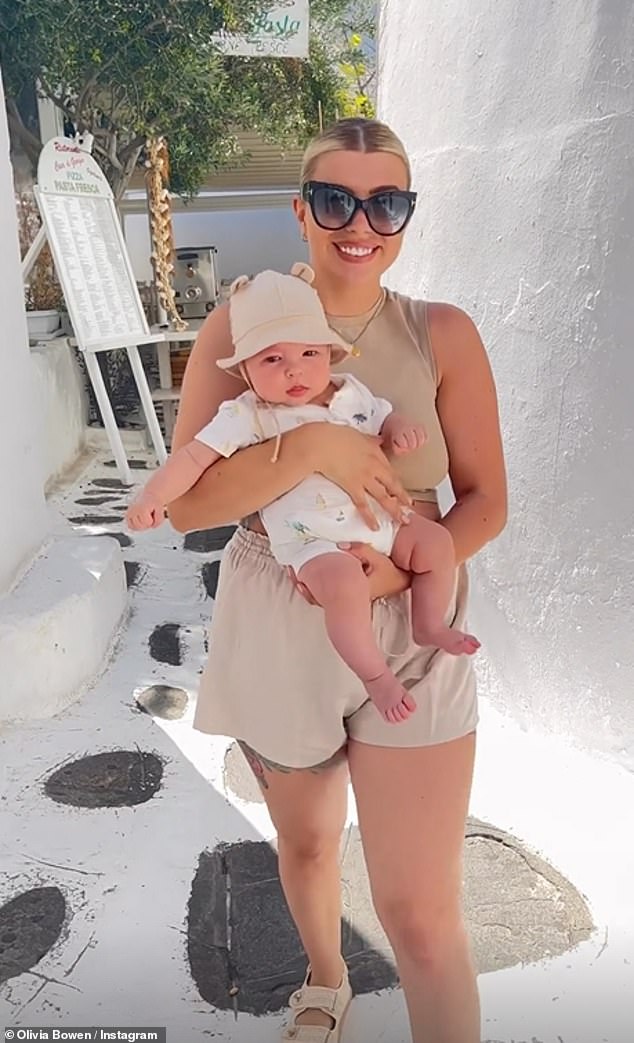 Beauty: Olivia wore a natural makeup look while swept her blonde locks back in a bun during a sunny outing 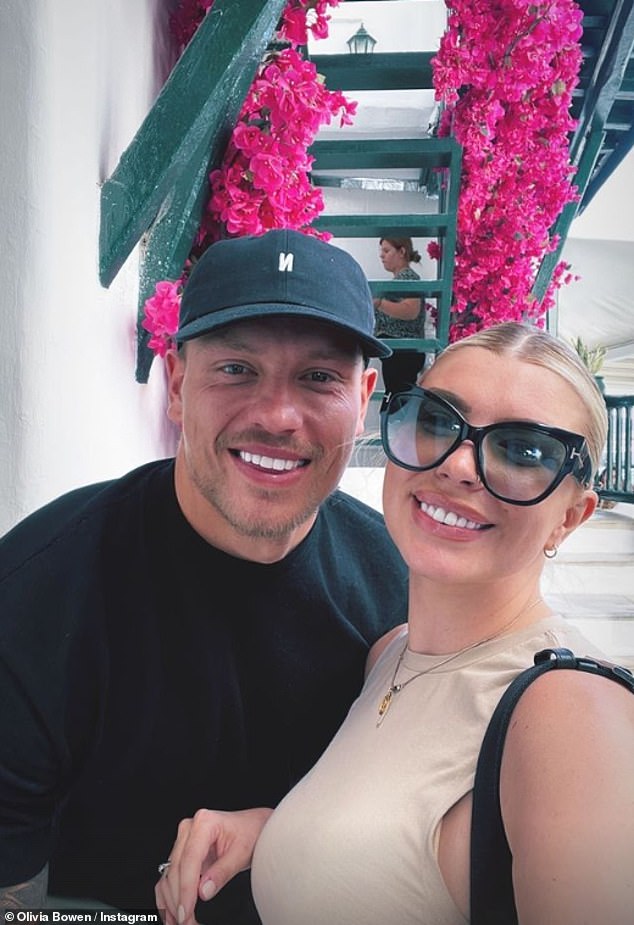 Mehboob: The couple celebrated their fourth wedding anniversary on Thursday at the tropical location

This comes after Olivia recently shared a candid Instagram post about breastfeeding in which she openly discussed her journey since becoming a mother.

She revealed that she wasn’t sure if she would be able to breastfeed when she first got pregnant because she is “not a mum” – as well as highlighting that sometimes there are “difficult days” with the process.

She shared two photos – one looking glamorous cradling her little one in her arms and a more realistic one looking wet in tears and tired while breastfeeding.

She wrote in a lengthy comment: “I never imagined I would breastfeed. I guess the place where I felt I wasn’t a mother at all before Abel was born, I had serious doubts that it would work for me, nor did I feel comfortable with the idea of ​​it!”

I’d go so far as to say it freaked me out a little bit. You all know I wasn’t sure about having kids, mainly because I felt like I’d be so much rubbish as a mother, not the mother bone in my body before Abel. 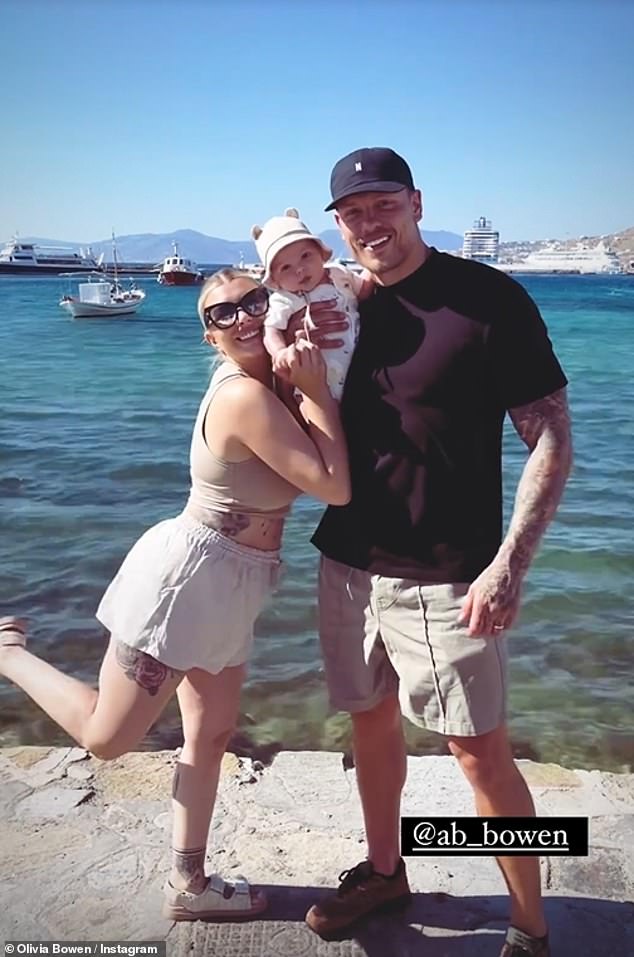 Love Island: They rose to fame in 2016 as an original star who is a late participant and very popular

Fast forward to the time of Abel’s birth and his first stay in the hospital didn’t feel the most natural. I will be grateful for the relationship I have with him when nursing.

“Now it’s two months later and I’m still breastfeeding and watching it grow on something my body produced specifically for it is very rewarding. I never expected to breastfeed, nor did I pressure myself to do it either, but I’m so glad we made it ❤️.

She continued, “It’s not always easy, for the first few weeks the feelings were no joke. I had a few days where he wasn’t latching properly and I felt like a complete failure, I felt like I was failing myself and failing with him – even though I told myself before I didn’t bother breastfeeding.

“The first week I was pressing my engorged breasts over the shower, I woke up to wet sheets from leaking and was always worried about how much he was getting and was it good enough?! “I was convinced I would stop breastfeeding after a month, then I told myself 3 months and now I say 6! There is no feeling like it. When his little eyes look at me and when all the drowsiness and happiness are gone. I am very close to you!!!! I never imagined I would write this.

“There are tough days, but there are so many amazing days and those tough days make it seem like it’s a million miles away. I can’t even explain how wonderful it was to see my baby grow out of my body after he grew it from the same body for 9 months.

‘She just taught me to trust the process, to trust myself and to believe I’m doing everything I can,’ she signed.

“I feel so fortunate that we got this far, however long this feeding journey lasts, whether it’s more months or more weeks or even more days – I’m thankful I had this much time ever!” 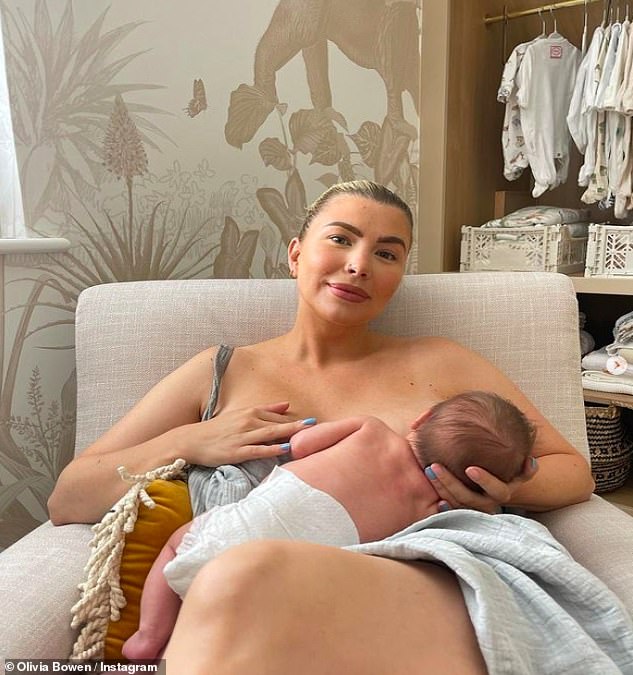 Honest: The ITV2 star revealed she wasn’t sure if she’d be able to breastfeed when she first got pregnant because she’s ‘not a mommy’