A builder who waited 14 hours to see the Queen’s coffin claimed that Philip Schofield was harassed when he skipped the queue.

Joe, from Nottingham, told The Sun: “We were in a zigzag line at the end of the queue when we saw Phil and Holly.

They walked right in front of us and a few people started screaming.

“People were saying, ‘Oi, Phil, Holly, go to the back of the queue! Phil looked around and smiled as if to say, “We can do whatever we want.”

“It pissed off a lot of people. People were saying, ‘How can they do this?’ There was real hatred for them, it just wasn’t right.” 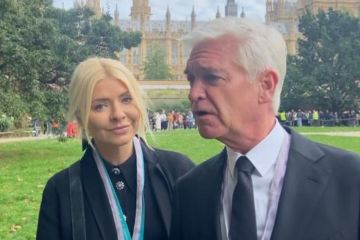 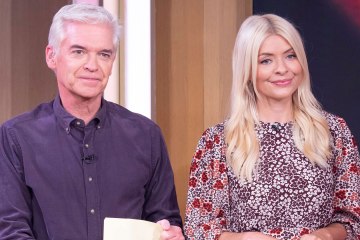 Joe flew to London by himself on Thursday night, arriving at the waiting list at 1am on Friday.

He said: “We queued for 14 hours by the Thames in freezing temperatures.

“People were tired and frustrated, some were crying, we all had to hold each other, it was a bait. So seeing these two sails in the past with no regard for the world really pissed us off.”

Joe said he made many friends in the queue and there was a great sense of camaraderie.

He continued, “We were all getting along really well and looking for each other. An old man in his seventies was really struggling. At about five in the morning he said, ‘Goodbye, I’m going, I can’t stand this anymore.'”

‘I said, ‘You’re not going anywhere,’ and we gathered to support him and keep him warm.

“If we were all in it, we’d all been in it together. So when we saw Phil and Holly jump into the queue, everyone just went crazy.”

Joe said he “choked” when he was finally able to pay his respects to the Queen that day.

He said former England captain David Beckham, 47, could have easily used his celebrity status to jump the queue but instead Line up with everyone else for 13 hours.

Joe said, “What an absolute star is Beckham.

“David did the right thing. Phil and Holly did the wrong thing.”

On Tuesday’s show, the two hosts addressed allegations that they were “too luxurious to stand in a queue” but offered no apologies.

“It was just reporting the event to the millions who are unable to visit it in person,” Holly said.

last night Online petition this morning to get them fired It topped 50,000 signatures.

ITV said last night: “This account is not a fair and accurate representation of what happened or the timing of that day.

Philip and Holly did not present the Queen’s coffin. They were alongside a host of other broadcasters covering the Queen’s death.”

A source said on Last Night’s Show, “Phil and Holly then stopped in to take selfies with the many polite fans who requested it.

“There was no ill will.”