ROZ Purcell has opened up about the horrific accident that left it stuck under a truck on an M50.

The influencer was only 21 years old when she got into a car accident with her older sister Rebecca.

Recalling the accident, she said: “I’ve had a really bad car accident before, it was really bad.

“I wasn’t driving, my sister was driving, we got stuck under a truck on an M50. That’s why I didn’t learn to drive until I was 28, that’s my excuse and I’m holding on to it. I was shocked.”

rose They explained that they were trying to turn onto a ramp but the truck had never seen them.

She said, “He came into our lane, and he didn’t see us because we were obviously in a blind spot. He clipped the back of the car and we turned to the front of the truck. It’s the weirdest feeling because the car is kind of up and in slow motion and then flips down.” 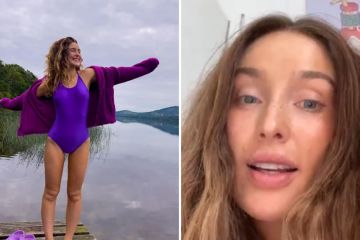 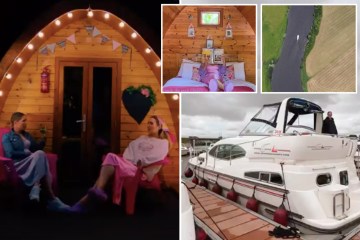 And my sister was going ‘Are you okay?’ Are you well?’ My phone was in my hand and I continued really selfish “Oh my God, I have so much life to live, I can’t believe I won’t make it.”

The 32-year-old said the driver was getting whistles from other cars that could see their car stuck underneath, and eventually stopped the car.

She said, “At the end the truck stopped, I think he felt something but he couldn’t see, so we kind of got out and then the car finally stopped and we jumped out of the car. And every car stopped on both sides, and they were all running towards us, ‘I can’t believe you’re alive!'” “.

She said she kept touching herself to see she was alive, and it was a mixture of crying and laughing.

And what was even funnier for her now to look back was that she was transporting things from Dublin to Tipperary They intended to bring a life-size deduction from herself that she was talented but at the last moment she decided not to.

“Thank God we didn’t do that because the police were going to come and there was a big break from me blocking all opinions, it would have been our fault,” she said.

speaking in Laughing Your Life PodcastShe also revealed that she struggled to find friends growing up, and still finds herself awkward around new people.

She also said that one of her main dreams growing up was to become a model, but she hated it once she started.

Rose said, “I grew up watching America’s Next Top Model and was obsessed with the idea of ​​being a model and living in New York. And then when it became a reality and I was a model living in New York, I hated it.”

“Modeling has been a great way to travel for me, and I think learning to have limits. But it was just a miserable time.”

She added, “If I could go back and do the experiment now, I’d just enjoy it and try to get the most out of it, but it’s really hard to enjoy it when people are constantly measuring you every week and there’s nothing else you could do.”

“I would always meet their measurements and then it would be like ‘You have to get smaller. Now I see you this big you still have weight on your face. “

And when she couldn’t keep up with their exhausting goals, Rose returned to Ireland.

“People would be like, ‘I was in New York and you were a model there, that must be cool. And I was like, “I didn’t do that.”

“Maybe it escalated a lot of things, I had an eating disorder for years and that was the drive to have a great sense of failure because your weight held you back. So I went crazy at the gym and crazy about diets.”

She admitted that if the younger version of herself who was now obsessed with her weight saw her, she wouldn’t be happy.

“I would have been really upset for who I am now. My main concern, when I was 21 or 22 and someone gave me a glass ball, was the only thing I wanted to see was the weight I would be in four or five years.

“Everything I am now happened very naturally, it wasn’t something that had been thought of, it just fell into place.”